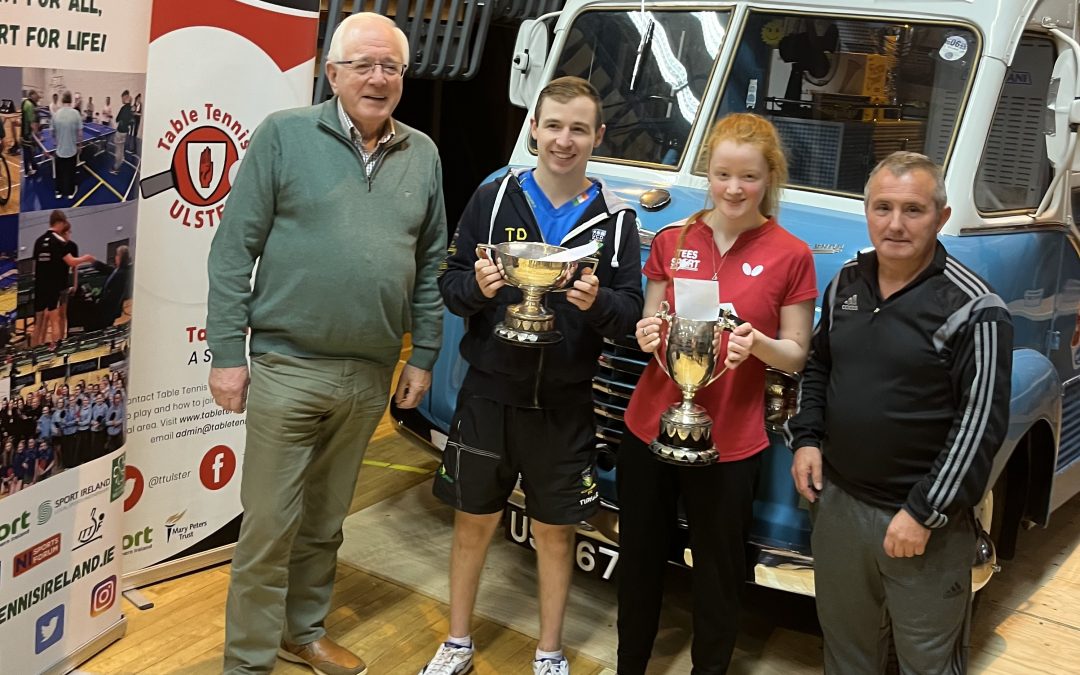 The Ulster Open Championships 2022 sponsored by Robinson’s Ice Cream and supported by Lisburn & Castlereagh City Council were held on 26 and 27 November at Lisburn Racquets Club. A total of 282 entries were received across 21 different categories which included players from England, Wales and the four provinces of Ireland.

On Saturday afternoon a special reception to celebrate 100 years of table tennis in Ulster was attended by approximately 40 former Ulster players, who according to reports had a thoroughly enjoyable afternoon meeting old friends and recalling events of yesteryear.

The Men Open Singles attracted almost 60 entries which included former Romanian international Constantin Cioti, however, he was forced to withdraw on the eve of the tournament having tested positive for Covid. In his absence the number two seed Tom Davis (UCD) progressed to the final after defeating his clubmate Joey Nelson in the semifinal. In the other half of the draw Harri Docherty from Wales overcame a tight semifinal with Robin Michenaud (UCD) to set up an enthralling final. It was Davis who came out victorious to claim the title and the £500 prizemoney. Jonathan Mooney and Max Skelton, loosing quarter finalists were the best placed Ulster players.

Lucy McIvor (Ormeau) defeated Emily Flynn (Craigavon) in the QF and Rebecca Finn (Glenburn) in the SF to reach the Womens final where she played Lowri Hurd from Wales who defeated compatriot Ruby Elliot in the other semifinal. Hurd who is the daughter of former Welsh Commonwealth Games medalist Natasha Hurd saved match points in the fourth game to take the match to a deciding game, however, despite having two match points of her own in the final game, she was unable to close out the match. Some excellent play by Lucy helped her fight back and win the title and claim the £500 prizemoney.

The Masters category was extremely competitive with many of the matches in the group stages going to five games, leading to a delay in the start of the afternoon matches. After an epic tussle in the semifinal with Daryl Strong, Philip Wallace progressed to the final where he defeated Rory Scott, who had flown in from England to compete at the event. Mark McAlister was the other loosing semifinalist.

Mark McAlister had better fortunes in the Restricted Singles when he defeated Sowmiya Rajagopalan (Loop) in the final. Daniel Irwin and Matthew Mooney were the loosing semifinalists.

Whilst a good entry was received for the Doubles, several pairs withdraw due a delay in starting the event. Conor Nugent and Max Skelton were the eventual winners defeating James Magrath and Ben Watson in the final.

As a result of small numbers in the Senior and Junior Para events, the two categories were combined and played as one round robin group. Aaron Meadows (Balbriggan) remained on unbeaten, with Sam Brennan (Loop) second and David McCaughern (Osmond) third.

Results in the Junior categories were as follows: –

A massive thank you to everyone who helped make the event a huge success, particularly our sponsors Robinsons Ice Cream and LCCC as well as Mortgage Angels, Tees Sport, Bannview B&B and Dissy Dogs.

I would also like thank the organising committee – Jennifer Thompson, John McFaul, John Fall, Lorna Watson and TTU Chairman Ranjit Singh as well as all the umpires and top table officials.

Thanks also to Gilbert Graham for his help as Assistant Referee and Jing Yi Graham for finalising the Program. 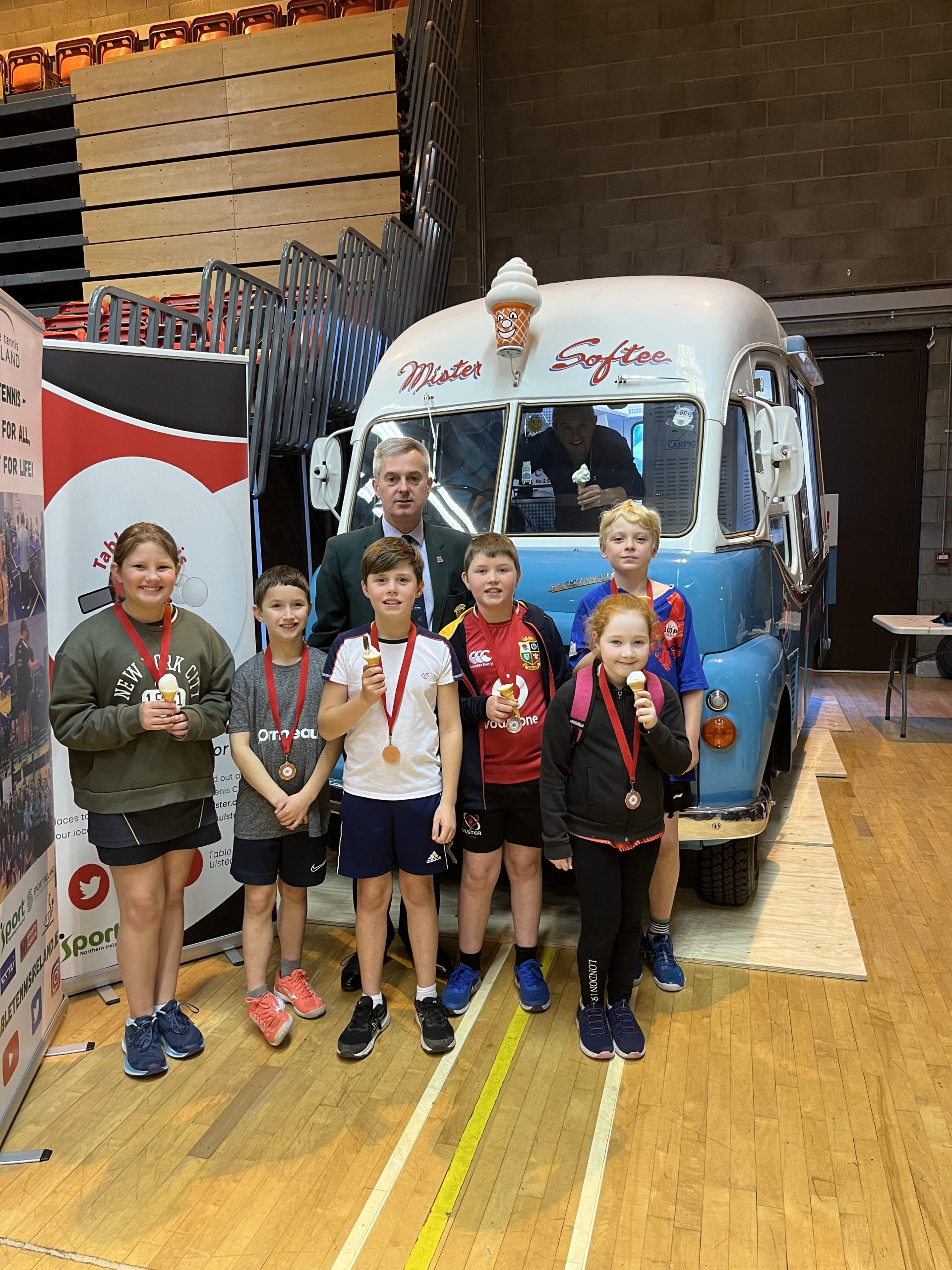 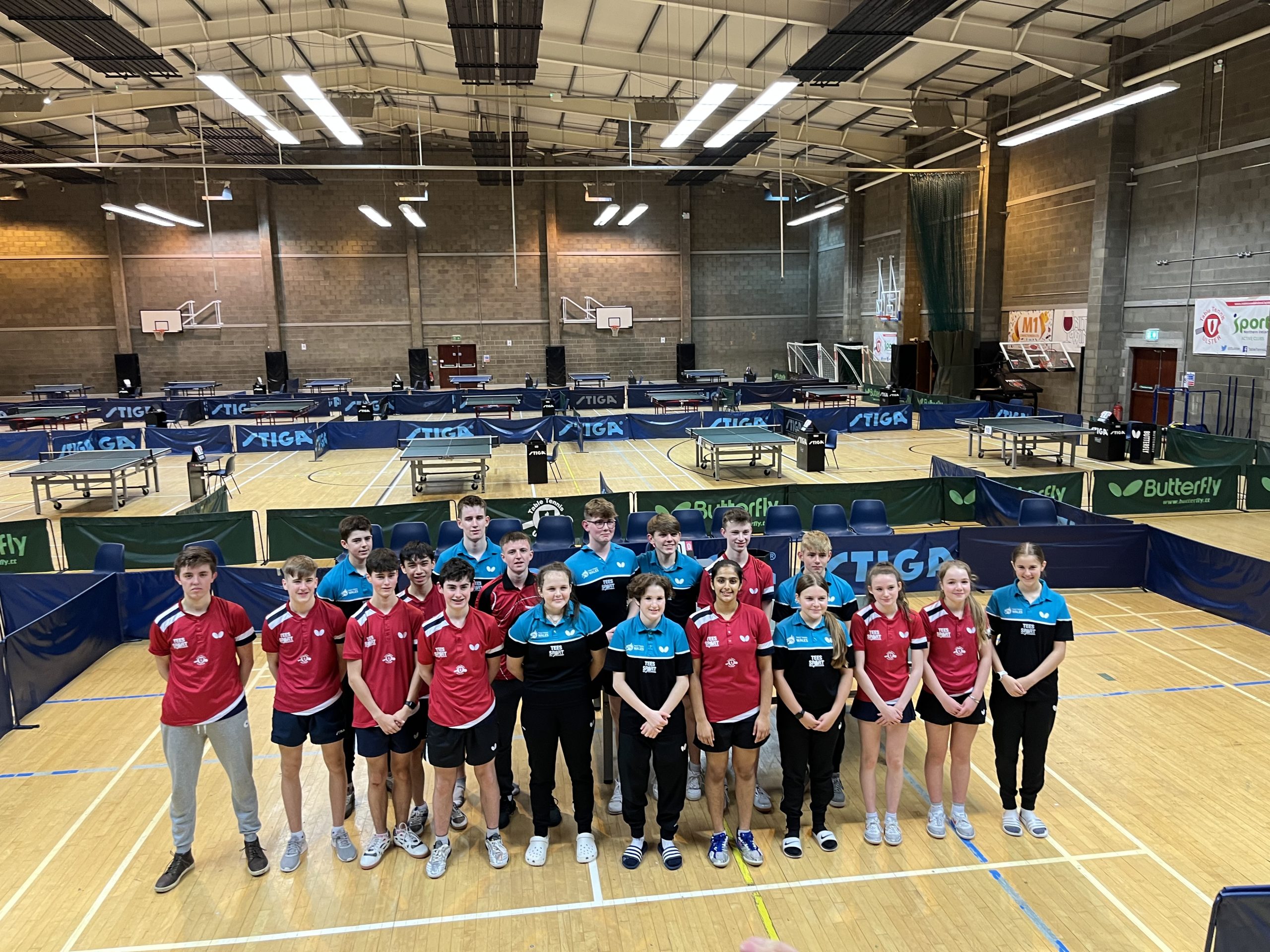 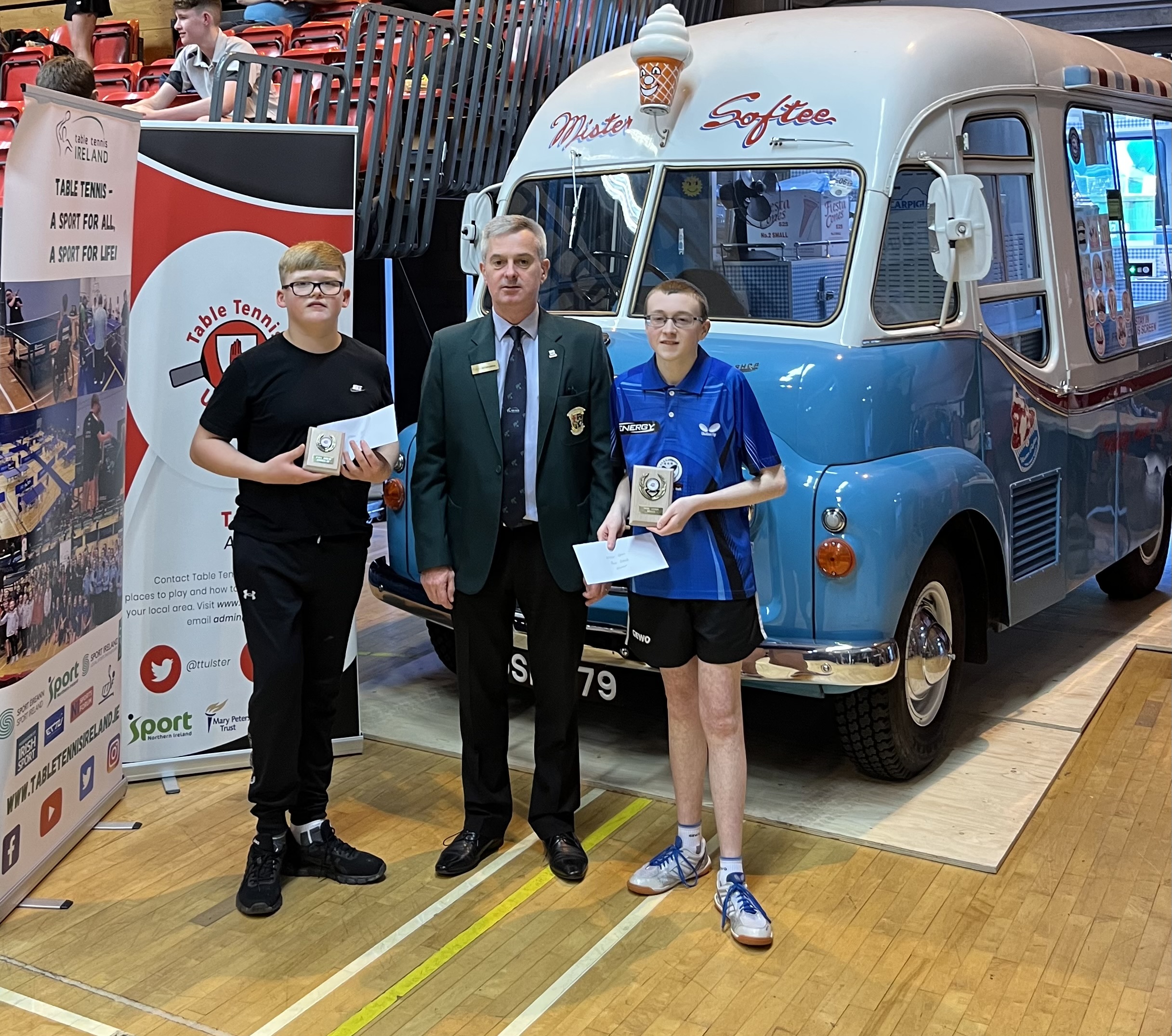 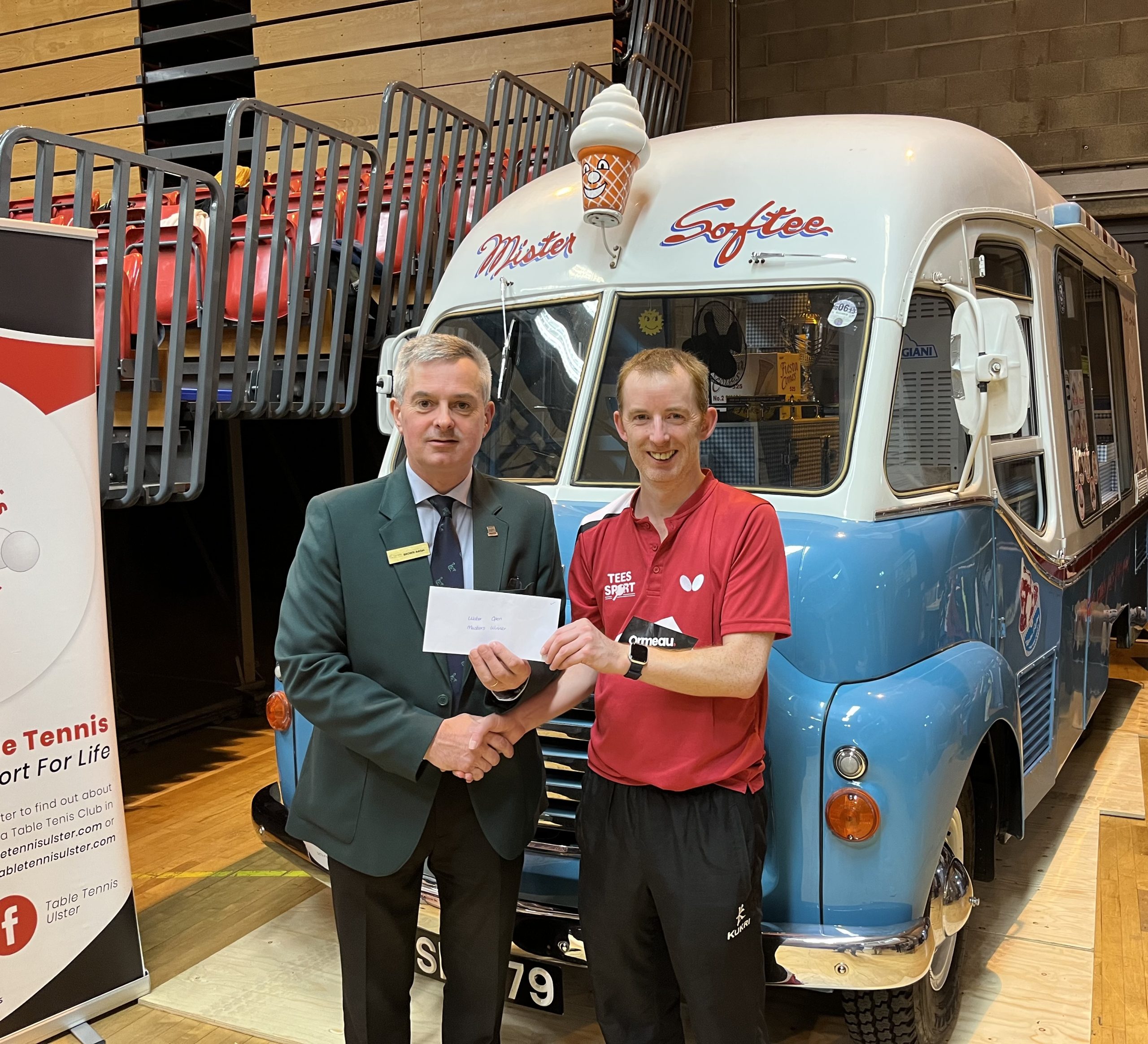